Plot: As a suspense film, Rob Connolly’s Edge of Winter is captivating only for as long as it remains unclear to what degree a father, Elliot (Joel Kinnaman), recently laid off from his job isn’t all there in the head. When his young sons come to visit him, he admonishes the older of the two, Bradley (Tom Holland), for handling his gun. Bradley says Elliot shouldn’t have left it out in the open, to which Elliot, sternly but reasonably, points out that he had it under the bed. Elliot’s behavior up to this point is practically on the up and up, until the trio becomes stranded in the middle of the woods after crashing their vehicle. When Bradley mentions that he and his brother, Caleb (Percy Hynes White), are moving with their mother and her boyfriend halfway around the world, Elliot smashes his hands so hard on the steering wheel that one doesn’t have to strain too hard to glean why Bradley and Caleb’s parents are separated.

Edge of Winter appears headed in one of two directions: one sentimental, with Elliot proving his worth as a father through a show of superheroic devotion to Bradley and Caleb’s safety, the other earnest yet insolent, with Elliot walking in the footsteps of Jack Torrance before him. Which is to say, as a complete and total bastard and, as such, a danger to his children.

Surprisingly, Connolly drives the film both ways at once; less so is how, after Elliot and his sons hole themselves up in a small cabin near a lake, the film’s resolution is preordained when the trio is joined by two hunters (Shiloh Fernandez and Rossif Sutherland). They claim to also be stranded due of the brutal weather, and though there’s no reason to doubt them, some combination of insecurity, fear of hypothermia, even fear of the “other” (one of the men speaks French) causes Elliot to think they’re trying to take his children away from him. Check  More Drama Movies reviews and also give yours. 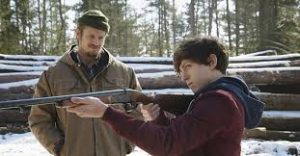 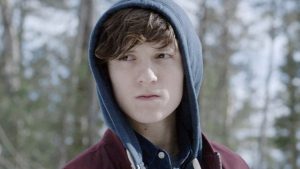 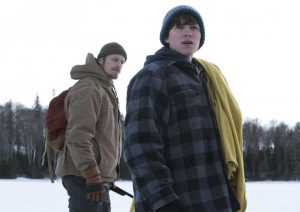